Home Inspiration The Starfish Story You Need To Hear
Inspiration

The Starfish Story You Need To Hear

The story of the 𝙨𝙩𝙖𝙧𝙛𝙞𝙨𝙝….

Once upon a time, there was a wise man who used to go to the ocean to do his journal writing.

He had a habit of walking on the beach before he began his work.

One day he was walking along the shore. As he looked down the beach, he saw a human figure moving like a dancer. He smiled to himself to think of someone who would dance to the day. So he began to walk faster to catch up.

As he got closer, he saw that it was a young man and the young man wasn’t dancing, but instead, he was reaching down to the shore, picking up something and very gently throwing it into the ocean.

As he got closer he called out, “Good morning! What are you doing?”

The young man paused, looked up and replied, “Throwing starfish in the ocean.”

“I guess I should have asked, why are you throwing starfish in the ocean?”

“The sun is up, and the tide is going out. And if I don’t throw them in they’ll die.”

“But, young man, don’t you realize that there are miles and miles of beach and starfish all along it. You can’t possibly make a difference!”

The young man listened politely. Then bent down, picked up another starfish and threw it into the sea, past the breaking waves and said, “It made a difference for that one.”

There is something very special in each and every one of us. We have all been gifted with the ability to make a difference. And if we can become aware of that gift, we gain through the strength of our visions the power to shape the future. We must each find our starfish. 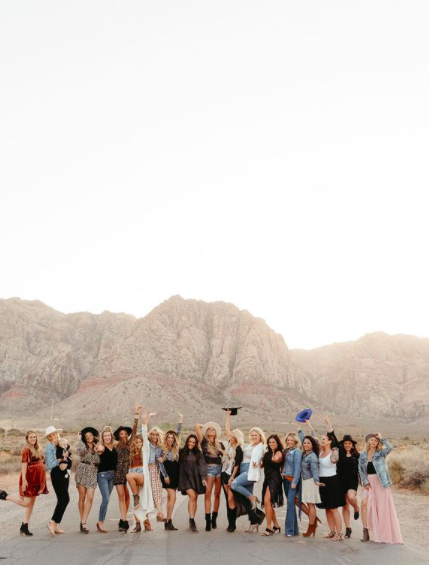 Why A Great Future Doesn’t Require A Great Past

When The Bones Are Good

How To Break The Chains That Hold Us

When The Bones Are Good

Why A Great Future Doesn’t Require A Great...

The Difference Four Years Can Make

The Women You Surround Yourself With

The Thing About Commitment & Your Mindset

The Message Behind YOU

The 3 Biggest Blessings Of My Business